The Institute of Physiology and Pathology of Hearing as a partner in “Leaders in the healthcare sector” project by 2065 Leslaw A. Paga Foundation

Home / News / The Institute of Physiology and Pathology of Hearing as a partner in “Leaders in the healthcare sector” project by 2065 Leslaw A. Paga Foundation

The Institute of Physiology and Pathology of Hearing as a partner in “Leaders in the healthcare sector” project by 2065 Leslaw A. Paga Foundation

Posted in : News on 3 October 2013 by :
menedżerowie , Prof. Henryk Skarzyński 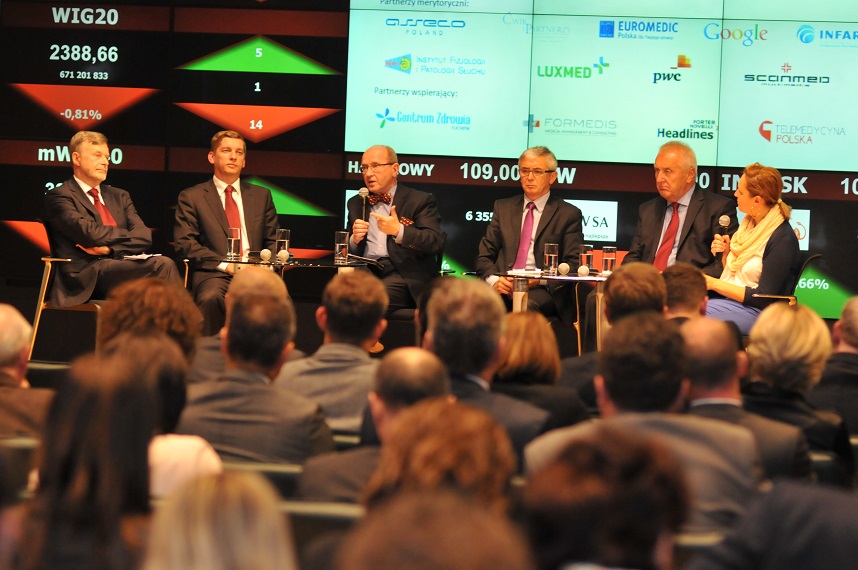 To educate a new generation of managers who could cope with a difficult task of managing healthcare in the future – that is the aim of a new project titled “Leaders in the health care sector “, conducted by 2065 Leslaw A. Paga Foundation. Within the framework of this project, 30 students and graduates in management, economics, finance, law and public health, who relate their career to healthcare, received a scholarship and a unique opportunity to acquire knowledge, which cannot be found in any text books – as they would learn directly from practitioners – state and private health professionals who struggle with malfunctions of the system every day. Professor Henryk Skarzynski, who created Polish care system for deaf and hearing impaired from scratch, including early diagnosis, surgical treatment and (re)habilitation, will share his experience with the future managers. World Hearing Center, which he manages, performs the largest number of surgeries in the world in order to improve hearing of the patients.

Future managers will have to face problems, which officials cannot cope with. One of the key problem is so called rationing of healthcare – this was agreed at a debate, which the Foundation organized in the premises of Warsaw Stock Exchange with the participation of representatives of the Ministry of Health and the private and public healthcare providers. – Today every patient wants to have access to everything what is the best and most modern within the field of medicine. But there is no such country in the world that could meet those expectations. – said professor Henryk Skarzynski. Although the expenditures on Polish health care are incomparably smaller than in the United States and many European countries, the problem of allocation of resources on separate medical services is particularly difficult. According to doctor Marek Balicki, former Minister of Health, who was present at the debate, this issue has been swept under the carpet consistently for years. – Currently, we do not have any explicit, reasonable methods to allocate resources on separate health services. Instead of this we have a bad financing system, which promotes some services, but not necessarily those that are most needed. –  emphasized doctor Balicki.

Representatives of both public and private hospitals were unanimous about the fact that it is necessary to make the National Health Fund pay for all medical services rendered. Currently, hospitals must take patients (this is their statutory obligation), but they do not get reimbursement of the treatment costs on time. – In 2008 an analysis regarding  the causes of hospital indebtedness indicated the need to remove the current limits. – said Marek Balicki. In his opinion, it is worth to follow the system adopted in the German health service, where hospitals have an open contract and compete for a patient, whose costs of treatment are covered by the national fund.

Searching for new solutions in the healthcare system, professor Henryk Skarzynski suggested that in Poland there should be selected a group of strategic hospitals that would provide medical services at the highest level and where most patients could be hospitalized and have operations. – Those hospitals wouldn’t  have to contend with frequently changing regulations or with service limits – said prof. Skarżyński.

The debate constituted the beginning of Sakrzynski’s unique lesson dedicated to a group of scholarship  holders. During a lecture delivered at the Stock Exchange, Skarzynski listed factors that are most significant on the way to success in healthcare. – Searching for new solutions, one has to bear in mind the social demands – patients’ needs. If we lose sight of them, we will not achieve a good effect. – he taught future managers. He also revealed his own formula for success: “It is worth  to have dreams and try to make them true. Believe in yourself. And never say ‘It cannot succeed’.”