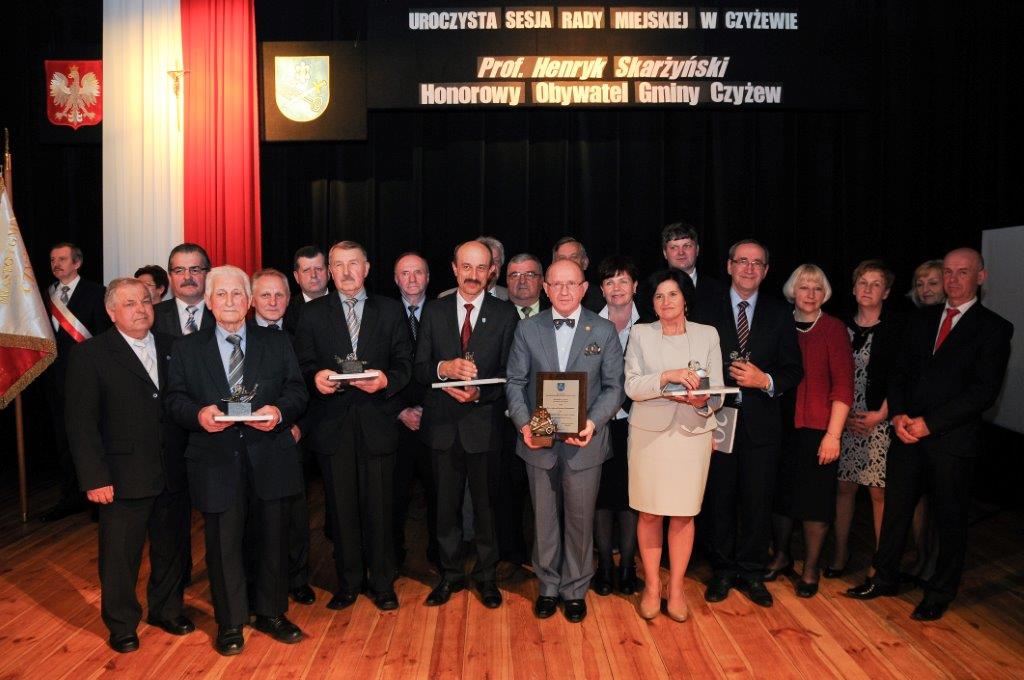 On 28th April 2014, professor Henryk Skarżyński was granted the title of the Honorary Citizen of the City and Commune of Czyżew. The ceremony took place during the sitting of the Town Council of Czyżew.

Professor Henryk Skarżyński started his visit in the School Complex in Czyżew. Here, all pupils had an opportunity to participate in hearing screening tests. The students listened to the talk on the subject of hearing. The lecture was prepared specially on this occasion. Afterwards, professor Henryk Skarżyński together with the Mayor of Czyżew, Anna Bogucka, and the member of Polish Parliament, Jacek Bogucki visited the Cardinal Stefan Wyszyński Comprehensive and Vocational School Complex in Czyżew. Young children participated in a lesson on patriotism, convincing them that the fact of being born in a small town is not an obstacle to achieve success on a global scale.

Professor Henryk Skarżyński also visited the Commune of Czyżew. He saw a newly-built reservoir, health center, library and primary school in Rosochate Kościelne. Next, he visited the Museum of Czyżew, which is currently in building. Here, he saw i.a. a historic railway carriage – the symbol commemorating the times of transportation of the local residents to Siberia. The main ceremony was held during the sitting of the Town Council of Czyżew. The ceremony was opened and conducted by the Chairman of the Town Council of Czyżew, Witold Sienicki.

In a motion for awarding the honorary citizenship of Czyżew, the Mayor Anna Bogucka motivated the choice by emphasizing merits and achievements of professor Henryk Skarzyński. Addressing him, she said:

the residents of Czyżew cordially thank you for all your achievements, dedicated work for the benefit of other people and the development of the medicine. We are proud that you were born in the Commune of Czyżew. For us, you were, are and will always be our professor. We watch the effects of your work with bated breath. We always support you and carefully listen to all information on your successful endeavours. We organized today’s ceremony in recognition of your work. We want to take this opportunity to thank you for regular hearing screening tests in our schoolchildren. The resolution to grant you the title of the honorary citizen of the Commune of Czyżew is to express our gratefulness and appreciation.”

After welcoming the guests and reading the motion aloud, professor Skarżyński took the floor and gave a lecture with a multimedia presentation on hearing problems and their influence on the development of the modern society.

The official part was closed with signing the visitors’ book, handing flowers, addressing wishes and taking pictures. Afterwards, students from the School Complex in Rosochate Kościelne and Czyżew performed a play. They told stories that reminded Professor Henry Skarżyński of school years. Additional entertainments were prepared by children of “The First Step” dance group at the Cultural Center of Czyżew and a brass band.