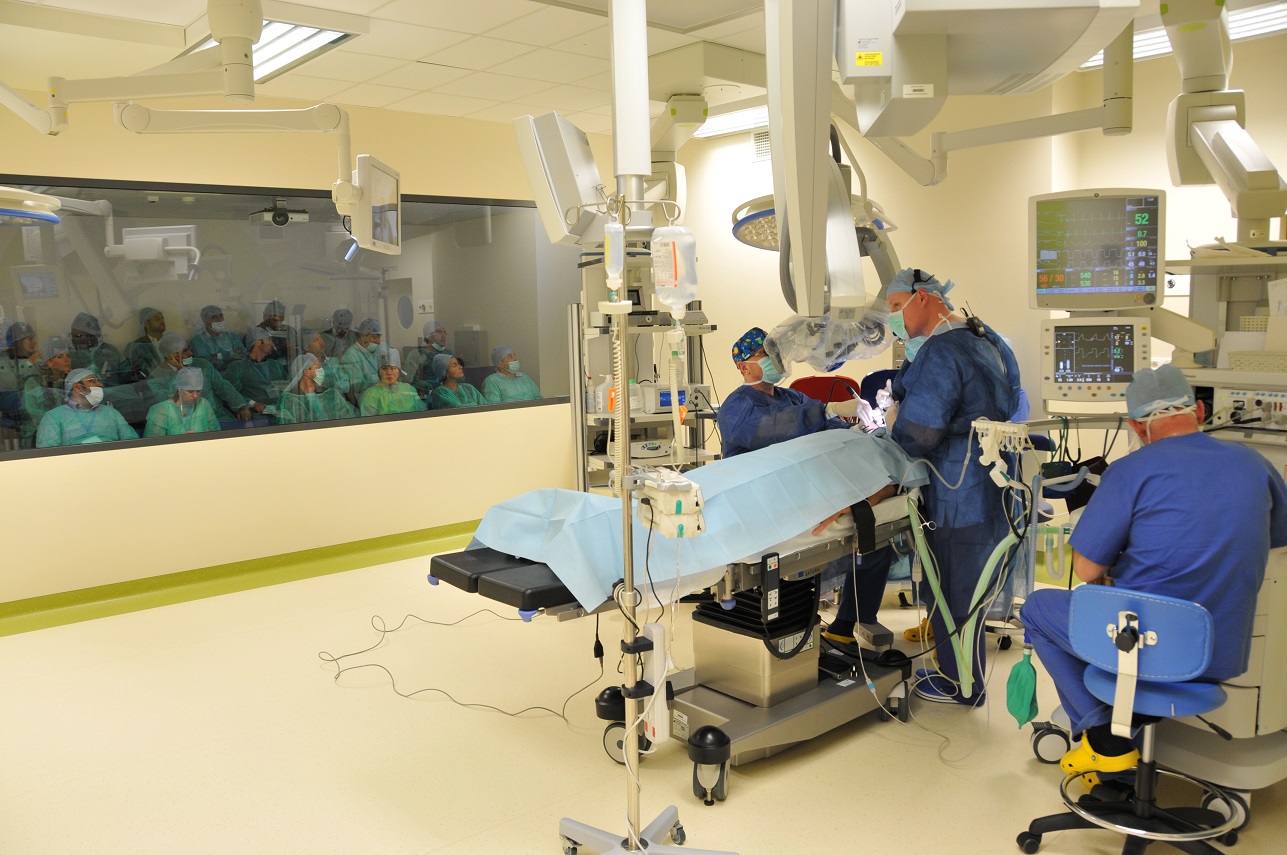 Window Approach Workshops have been organized in Kajetany since 2007. They are dedicated to improving qualifications of surgeons specialized in hearing implants in terms of newest types and applications of implants. Particular attention was given to the application of hearing implants in the partial deafness treatment according to the method developed and popularized by Prof. H. Skarżyński, precursor and creator of the Partial Deafness Treatment PDT program .

Scientific program of the workshop included lectures by specialists from the Institute of Physiology and Pathology of Hearing on diagnostics and qualification of patients for implantation, advanced surgical techniques and newest technologies in the field of auditory implants. Moreover, during the workshops are presented live four implantation surgeries performed by Prof. H. Skarżyński with the team of the Oto-Rhino-Laryngology Surgery Clinic of the Institute: active bone conduction implant, active middle ear implant and cochlear implant. Such demonstration surgeries are an important part of training for surgeons, not only because it gives them an opportunity to observe an experienced surgeon at work, but also to see how the surgical team’s work is organized and how is the surgical theater equipped. Many of such observed proven solutions are later implemented in surgery rooms all over the world.

An significant element of the WAW workshops is the hands-on training in the  Laboratory of the Head and Neck Anatomy and Clinical Pathomorphology. Participants under the supervision of instructors train surgical implantation techniques on the temporal bone specimens. In this edition of the WAW, for the first time beside the natural bones also temporal bone models have been used. These models, made on a 3D printer, are a perfect reproduction of the natural bone and they make it possible to train on child models. Pediatric implantations comprise a significant part of all hearing implantations, but they have never been trained in practice during  these workshops because there are no such bone specimens.